Fortepiano, by Johann Schantz, yew wood with keys of ebony and bone veneer, about 1795

Fortepiano, by Johann Schantz, yew wood with keys of ebony and bone veneer, about 1795

This instrument is one of only four fortepianos by the celebrated Viennese makers Johann and Wenzel Schantz known to survive. The composer Joseph Haydn bought a fortepiano from them in 1788 and in his letters stressed that if his music was to be played properly, it should be on a Schantz instrument.

1983.12
Acquired in 1983 with generous grants from the Victoria & Albert Museum Purchase Grant Fund, the Art Fund and the Fortepiano Fund administered by the University of Bath 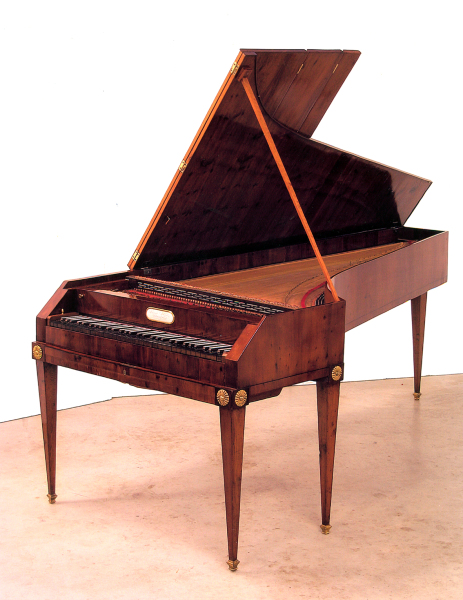