The playwright Somerset Maugham bought this around 1912, after a friend spotted it in a shop window. It was the first painting in his very fine collection, now divided between the Holburne and the Theatre Royal, Bath.

The scene is taken from a one-act comedy by George Colman the younger. Two men are waiting to meet a theatre manager: Daggerwood, the stylishly-dressed actor on the left, and Fustian, an old-fashioned tragedian. The actor reaches into the pink lining of his coat to hand out an invitation to his forthcoming show.

2010.2.12
The Somerset Maugham Collection, transferred from the National Theatre 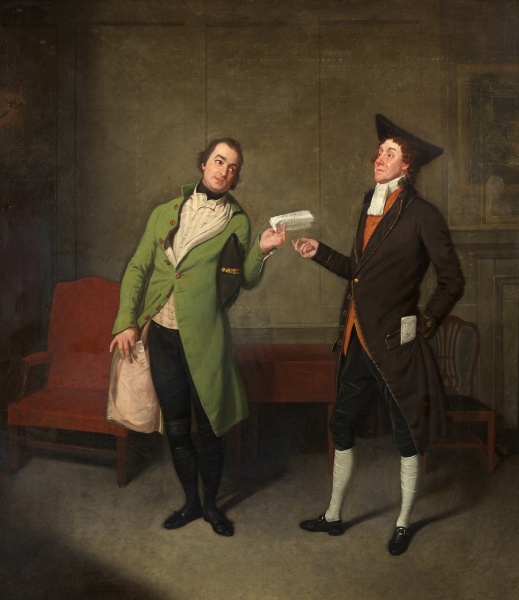