This curious conversation piece has recently been attributed to Zoffany. It may be a scene from a production of Dr Last in his Chariot that starred Jeffery Dunstan, a popular celebrity.

Dunstan (1759?–1797) was four feet tall and made his living selling old wigs. In 1785 he won a mock-election to become Mayor of Garrett, the traditional leader of a south London community. In this scene, the physician Last is offering ‘the juice of a simple yerb’ to a patient.

2010.2.56 The Somerset Maugham Collection, transferred from the National Theatre 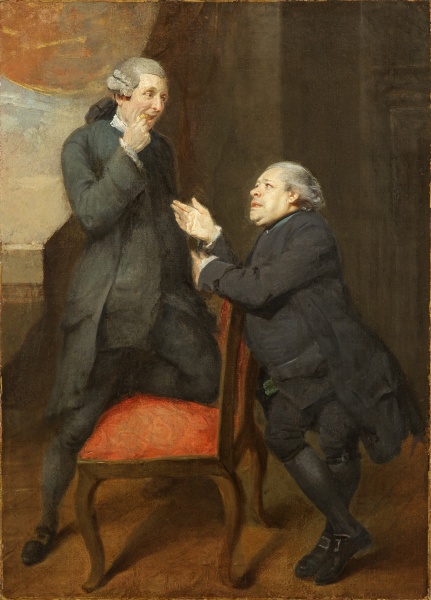