The Irish actor Charles Macklin (1699?–1797) was the first, probably since Shakespeare’s time, not to play the Jew Shylock as a comical clown. Instead, he studied the gestures and dress of Jewish traders in the City of London to create a serious, realistic characterisation.

Here Zoffany has depicted Macklin expressing Shylock’s cold fury at his daughter’s elopement with his jewels.

2010.2.6
The Somerset Maugham Collection, transferred from the National Theatre 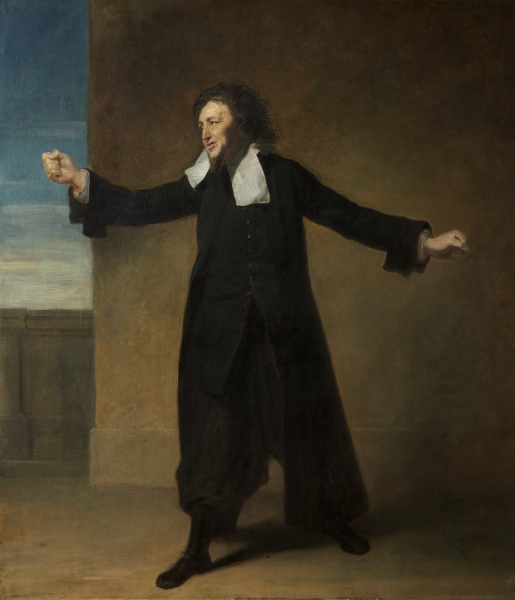