The actress Stephanie Cole is depicted here under the spotlight of the Theatre Royal, Bath. She sees herself as a teller of stories, conjuring up magic through the spoken word.

David Fisher began his career in 1970, designing and painting inn signs and murals in the corporate field. He now specialises in detailed studies of everyday scenes.

Like David Fisher, Stephanie Cole lives in north east Somerset, although she is currently more often to be found in Coronation Street. 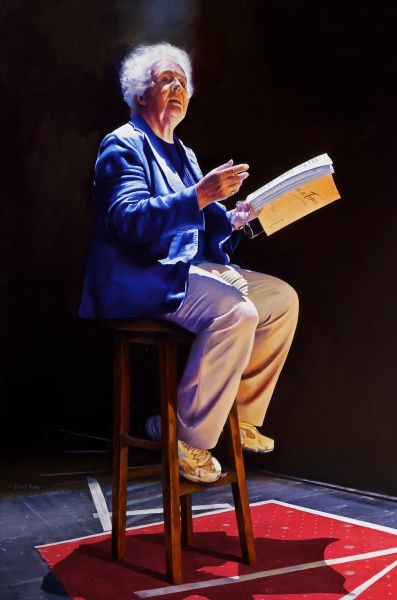