Like Goya in the early nineteenth century, Don McCullin (b. 1935) has been a chronicler of the disasters of war, and has not come out of it unscathed.

The challenge for Sorapure was to convey, in one static image, McCullin’s complex inner world and restless vitality. The composition of the painting is off-kilter and the palette dark, creating a sense of drama and unease. He is seated upright, alert and tense, almost as if cornered. A paraphrase of one of McCullin’s dark winter landscapes hangs in the background. 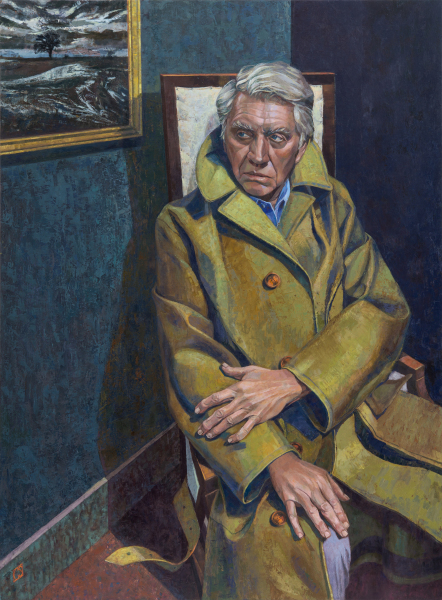