The three family portraits (A97, A171, A80) above hung in Sir William Holburne’s Dining Room at Cavendish Crescent in Bath.

Sir William’s grandmother Frances was raised in Barbados where her father, Guy Ball, owned plantations. She was first married to Edward Lascelles who was a Collector of Customs in Barbados as well as a plantation owner. Her eldest son inherited Harewood House, Yorkshire, from a cousin and became the first Earl of Harewood. As a widow, she married, in Barbados, Admiral Francis Holburne who managed two of her first husband’s plantations. 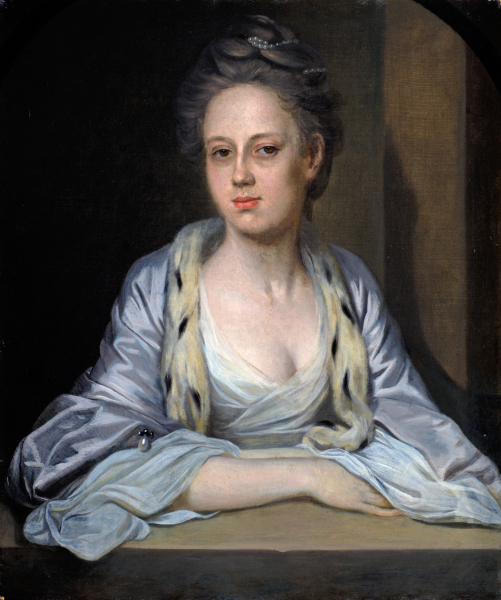