Joseph Wright worked in Bath from 1775 to 1777. Later in his career, he chose touching subjects from contemporary literature. The Dead Soldier was one of the most successful of these, and there are several versions: this one may be by a follower of the artist.

A mother grieves over her dead husband and her future poverty. Her baby’s pink hand clutches the corpse’s white one, while his eyes gaze out pitifully at the viewer. Meanwhile, the battle rages on, glimpsed through foliage. 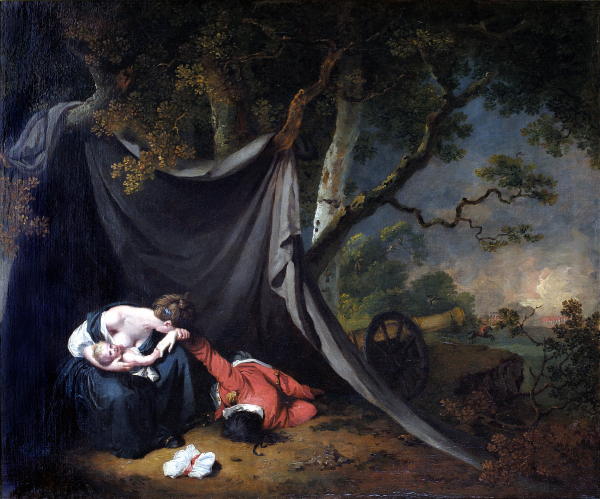