Garton Orme (1696–1758) of Lavington, Sussex, is here aged ten or twelve. He sits at a spinet, wearing the sword and high-heeled shoes proper for a gentleman of his time. In adult life Garton Orme failed to live up to the charm of this early portrait. He is said to have murdered his wife, incurred considerable debts and sold half the family property.

Jonathan Richardson the Elder was the leading British-born portraitist and art theorist of the early eighteenth century. 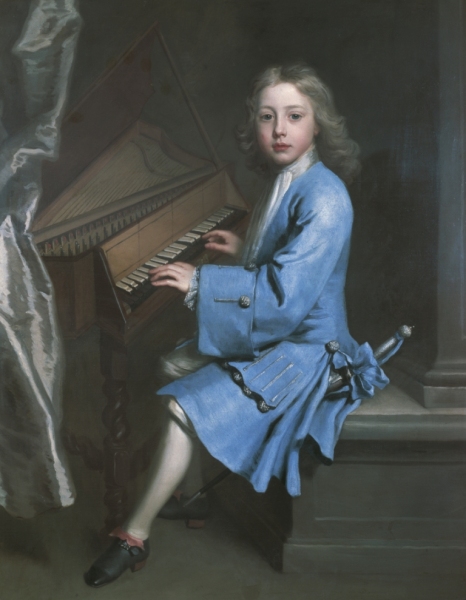