HMS Victory snuffbox
English, oak, gilt metal, about 1820
Inscribed: MADE FROM THE COMPANION LADDER DOWN WHICH NELSON WAS CARRIED ON THE GLORIOUS 21ST OF OCTOBER 1805
X322

The Battle of Trafalgar was the most decisive British Naval Victory of the Napoleonic Wars. Twenty-seven British ships led by Admiral Lord Nelson on board HMS Victory defeated thirty-three French and Spanish ships off the south-west coast of Spain. Nelson was mortally wounded during the action by a French sniper and died on board his ship. His body was brought back to England where he was given a State Funeral. 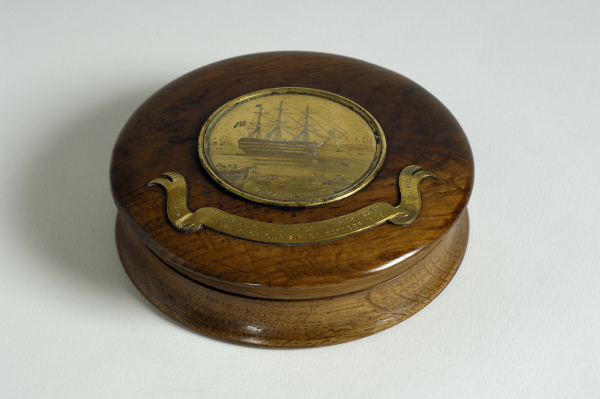 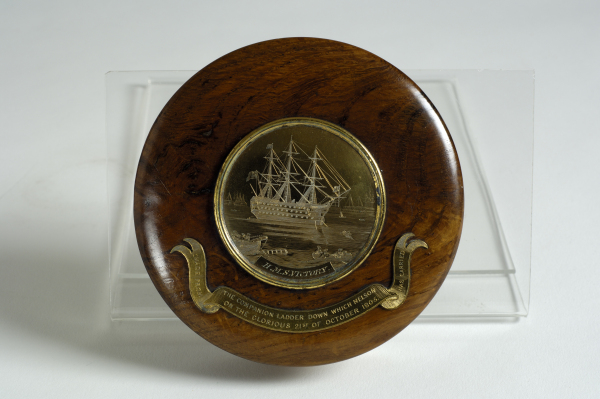