Netsuke: angler holding a knife while on the back of a Fugu fish, ivory, horn, Japanese, nineteenth century

Netsuke: angler holding a knife while on the back of a Fugu fish, ivory, horn, Japanese, nineteenth century

This netsuke depicts an angler holding a knife lying on the back of a Fugu fish. Otherwise known as Puffer fish, Fugu fish are prized in Japanese cuisine and if not prepared properly are highly poisonous. An angler is a fisherman who uses the fishing technique of angling. Angling is a method of fishing using an independent fish hook, long line and rod.

These miniature carvings, called netsuke, were made in Japan in the eighteenth and nineteenth centuries. They reflect every aspect of Japanese culture from its rich folklore to scenes of everyday life and from familiar objects to mythical creatures.

Netsuke were originally worn on the sashes of Japanese garments as toggles or fasteners from which hung the small boxes (inro) used instead of pockets. Small, compact and intricate Netsuke were usually carved from close-grained materials such as ivory, bone and boxwood.

These netsuke were bequeathed to the Museum in 1920 by the Reverend H. Winwood. Winwood was the next-door neighbour of Sir William Holburne in Cavendish Crescent and was one of the original Trustees of the Museum. 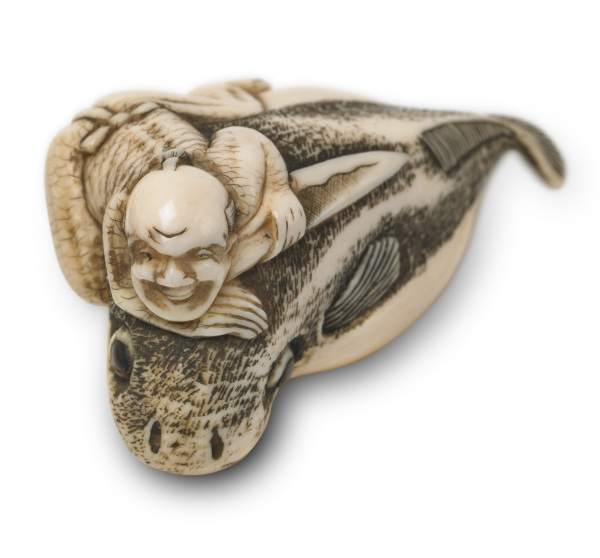 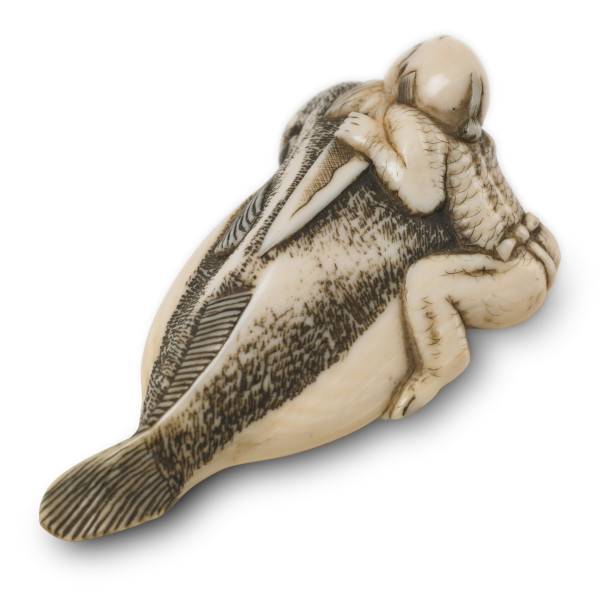