One of the most ambitious paintings made during Gainsborough’s sixteen years in Bath, this portrait originally showed George Byam (1734–1779) and his wife, Louisa Bathurst (d.1779) strolling in a poetic landscape, demonstrating their sensibility as admirers of nature. A few years later, the Byams returned to Bath and Gainsborough added the image of their first child Selina (1760–1846), changing the colour of Louisa’s gown at the same time.

George was a third-generation plantation owner in Antigua, where his grandfather had been governor. Louisa came from an affluent Gloucestershire family who also benefitted from slave labour via her grandfather’s involvement in the Royal Africa Company and the East India Company. While Louisa ended up living in Surrey, George returned to Antigua and died there aged forty-five.

L2001.1 On long-term loan from the Andrew Brownsword Arts Foundation 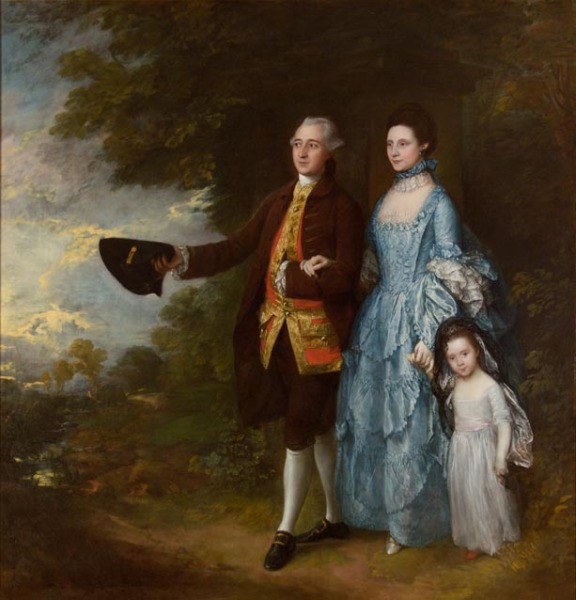