Zoffany’s informal conversation piece offers a glimpse into the colonial life of 1780s Bengal. This tea party under a jackfruit tree is probably set in the garden of James Peter Auriol, an administrator in the East India Company (in green, on the right). His two sisters are seated between their new husbands, with two more brothers on the left.

The painting asserts the connection between three influential families (Auriol, Dashwood and Prinsep) while highlighting their wealth and refinement. It also shows the hierarchies and power relationships between the affluent British and their Indian servants at the time of the empire.

L2013.1 On loan from the Dashwood Family 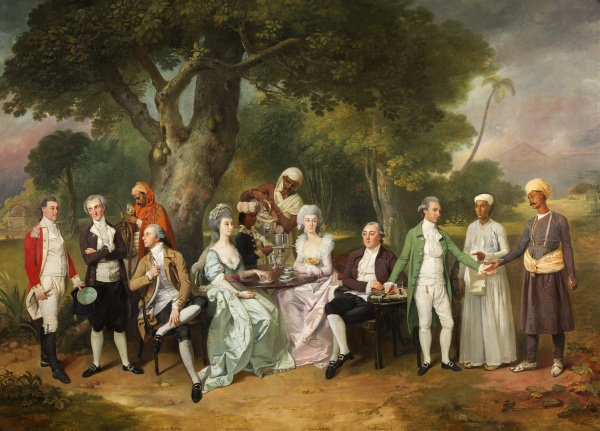